You tend to hold people in suspicion who claim to hear from God.

You can’t help but wonder whether or not those people confuse their own thoughts with the Holy Spirit. Yes, you believe that God spoke to Moses out of a burning bush. Yes, He wrote on the wall in front of Belshazzar. Yes, an angel appeared to Mary. Yes, you believe in an active Holy Spirit–but other than a few rare, miraculous exceptions, God doesn’t speak directly to individuals in the literal sense.

You feel a little guilty about your cynicism, but you don’t really believe the people who claim to hear from God. I get it. I felt the same way … until I heard from God myself.

I’ve never been much of a prayer warrior …. I pray a lot, but in fits and spurts, half-formed pleas and intercessions, and bursts of gratitude and rage. – Sybil MacBeth, Praying in Color

As a Freshman at a Christian university, I befriended a girl who tended toward the charismatic side of Christianity. She had vivid dreams, occasionally, which seemed to come from God. Anything similar to visions sounded foreign and overly spiritual to a girl like me, raised by a highly intellectual father. My dad believed in God because God made sense to him after weighing all of the options with an open mind. I felt a certain amount of incredulity and uncertainty, hearing about my friend’s relationship with Jesus.

I also admired, trusted, and respected her. I couldn’t reasonably discount her experience because I knew her to be a genuinely good, honest person–so I asked for her help. I wanted her to teach me how to pray.

She lent me a book about listening prayer, a contrast to my typical method of directing lengthy paragraphs toward Heaven. I sat in the top bunk of my dorm room with the book open on my lap, feeling foolish. The exercise on this page required me to ask God a simple question and then wait in silence for Him to answer. I knew God wouldn’t answer my question. He didn’t work that way … but I had wanted to try something new, right?

It took an incredible force of will to get the words out: “God, how do You feel about me?”

I felt certain that someone would walk into the room and call out my silliness. I maybe sat there for ten seconds, squirming and miserable. Then God answered my question.

I didn’t hear a voice or see a vision, but out of nowhere, words flooded my mind. They came from the Bible, many of them verses I didn’t even realize I had memorized–and they definitely hadn’t been in my head ten seconds prior. They were all about love.

For God so loved the world.

He numbers the hairs on your head.

If He cares about sparrows, how much more does He care about you?

Oh, the lavish love of God that calls us His children!

I started to bawl. I couldn’t believe it. He was telling me He loved me, using the only language that I couldn’t possible question: straight-up scripture.

So, there you have it.

God still speaks to people on an individual, personal level. I remain astonished, grateful, and humbled that, when He spoke to me, He chose to say I love you.

You may wonder, reading my story, whether or not God might speak to you in the same way. I don’t know. I also can’t promise that other people who claim to hear from God are telling the truth because God doesn’t necessarily use the same methods with everyone. Neither does He speak when we want Him to speak. More on that next week.

8 Replies to “The Night God Spoke to Me” 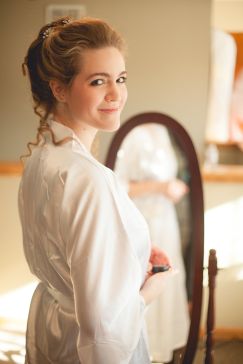 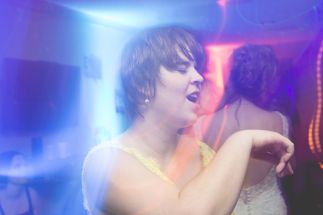